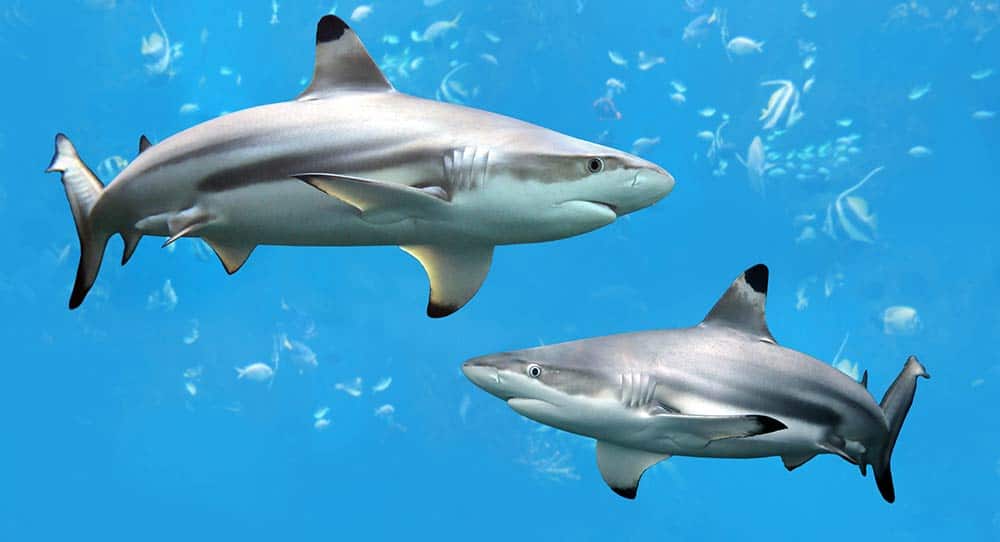 It’s Shark Week! We are excited for the week-long celebration of Sharks on the Discovery Chanel. We thought it might be fun to share a little information on how sharks see their world while we all watch them.

Unlike human’s, shark’s eyes are almost on completely different sides of their head, giving them an almost 360-degree view of their world. A shark does have a couple of major blind spots, one of which is directly in front of their snout and the other right behind their head,  Like humans though, we sometimes wonder if mother sharks have proverbial eyes in the back of their heads.

Sharks can actually only see about 50 feet ahead which is why their sense of smell is so evolved. Remember, sharks can often smell a drop of blood as far as a quarter mile away. A shark’s eye has tapetum lucidum, which are mirrored crystals located behind the retina that help it see in the dark. Like a cat, it makes it appear that their eyes actually glow in the dark. Because of the tapetum lucidum, a shark can see about 10 times better than a human can in dim light.